EuroEyes held a board meeting on Wednesday, 25 March 2020 for the purpose of reviewing the annual results of the Company and it‘s subsidiaries for the year 2019. The rise of the revenue of EuroEyes by 14% and the launch of new clinics and services in 2020 to boost future growth are just a few highlights. 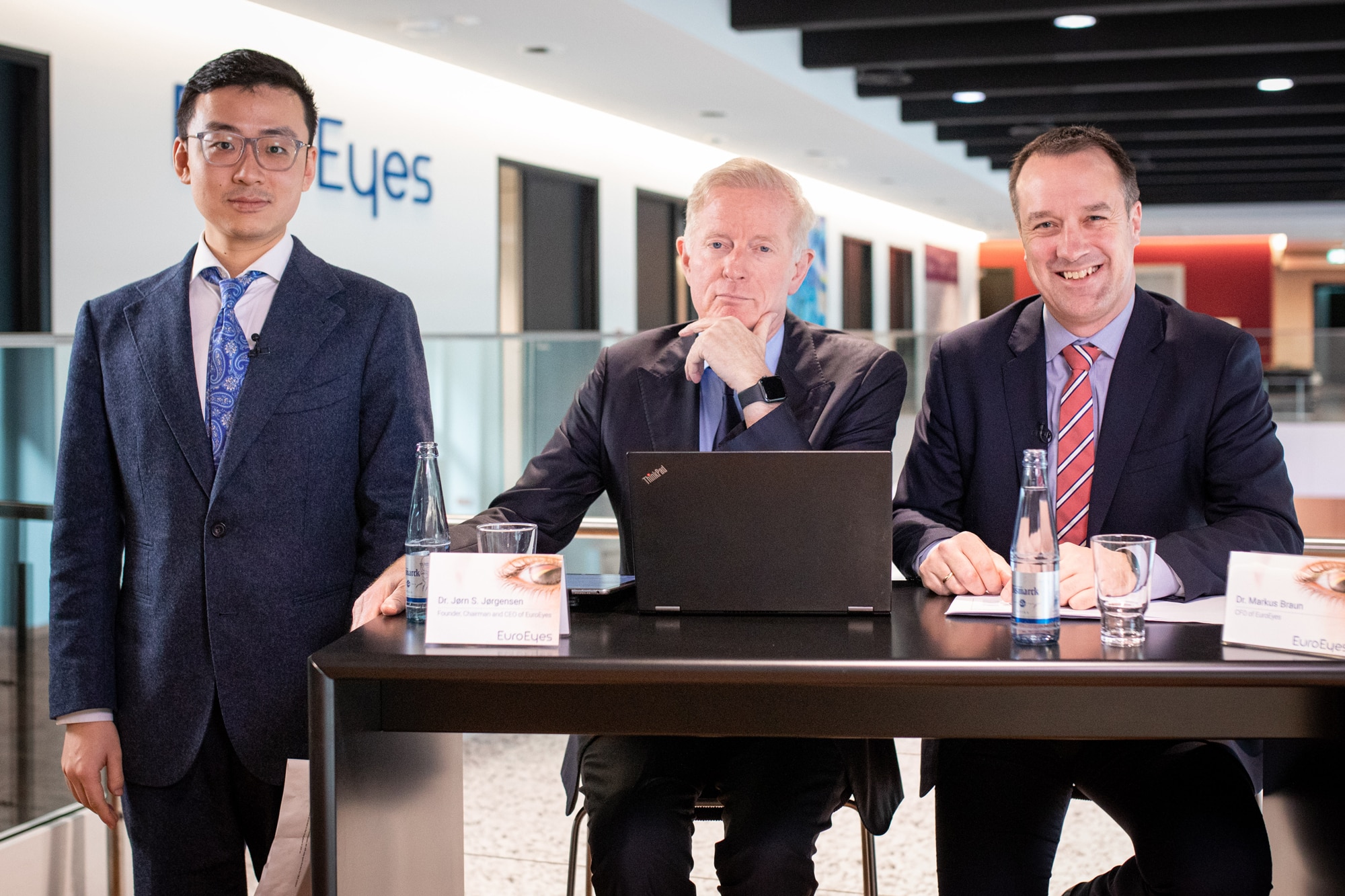 The Revenue by Geographical Regions

EuroEyes International Eye Clinic Limited (“EuroEyes” or the “Company”, stock code: 1846), is one of the leading brands in the vision correction industry that combines German ophthalmology excellence and over 25 years of experience with individualised customer-care and principally engaged in the provision of vision correction services in Germany, Denmark and the People’s Republic of China (“the PRC”).

(1) Adjusted gross profit is derived from adding pre-operating expenses for two clinics in the People’s Republic of China (the “PRC”) in 2019 to the gross profit.

(2) Adjusted net profit is derived from adding pre-operating expenses for two clinics in the PRC, listing expenses and foreign exchange loss to the net profit for the year.

During the Year 2019, the Group’s total revenue in Germany increased by 12.5% YoY, of which €13.4 million was from lens exchange surgery, representing an increase of 23.8% YoY. The Group’s revenue in Germany has grown each year since 2016 as the Group established its position as the market leader in Germany. In Denmark market, the Group’s revenue for the Year 2019 increased by 45.7% YoY. The Group achieved strong revenue growth in Denmark, mainly as a result of the Company’s effective marketing strategy. In addition, the revenue of lens exchange surgery recorded €4.9 million, representing a YoY increase of 39.8%.

During the Year 2019, the Group’s revenue in the PRC increased by 6.8% YoY. The growth rate of the Company’s business in the PRC market is expected to increase as the Group expands operations and executes new marketing strategies throughout the PRC. Revenue generated from lens exchange surgery was €4.6 million, representing a YoY increase of 27.8%

As a leading vision correction company in the world, EuroEyes is committed to be the go-to eye clinic group in Europe and the PRC as it provides patients with the best service combined with state-of-the art German technology and expertise. The Group is actively expanding its business into the PRC while maintaining top quality of the services in Germany, Denmark, and the PRC.

The Group opened two new clinics in the PRC in 2019. The Hangzhou Clinic commenced its operation in June 2019 while the Beijing (East) Clinic opened in September 2019. Further, the Company began construction of the Chongqing Clinic in December 2019, which is expected to commence its operation along with the new Fuzhou Clinic in 2020. In addition, the Company plans to open two new clinics in Chengdu and Qingdao.

As Chinese households become wealthier, they have a greater disposable income to afford high quality eye treatments. This increase in the middle-class is propelling the growth of the ophthalmic market in the PRC. Since entering the PRC in 2013, EuroEyes has provided advanced German technology and 100% German services to patients with myopia, hyperopia, presbyopia and cataracts, enabling them to have clear vision without glasses. Dr. Jørn Slot Jørgensen, founder and the chairman of EuroEyes, has successfully completed over 100,000 ophthalmological surgeries and helped patients in Europe and the PRC to have clear vision without glasses.

Around 30 years ago, less than 1 % of the Chinese adult population had diabetes. These levels today, however, have increased to around 12 %. This is approximately 114 million diabetic patients in China. The longer a patient has diabetes, the higher his or her chances of developing diabetic retinopathy. Up to 80% of those who have had diabetes for 20 years or more develop diabetic retinopathy. The Chinese government is paying greater attention to prevent diabetic retinopathy as it is the leading cause of new cases of blindness in adults in China. In recent years, Chinese government initiated the “Chinese type II diabetes prevention and treatment guideline (2017)”, stating that diabetic patients need to have their eye screened once every one to two years (or more frequently depending on his or hers condition). It is estimated that at least 90% of new cases could be reduced with proper treatment and monitoring of the eyes by detecting the disease at its early stage.

Against this backdrop, EuroEyes will launch its new service for eye screening in the PRC in April 2020 subsequent to its successful commence of the same service in Germany and Denmark.

As at 18 March 2020, EuroEyes’s clinics in Germany and Denmark saw a steady business growth during the majority time Q1 2020. Adjusted Gross Profit Margin for the year 2019 was 42.1%, increased 1.6 percentage points YoY. Meanwhile, the clinics in the PRC resumed their operation in mid-February and received a strong demand for surgery booking via its online platforms.

The Company has incorporated various measures to minimize the impact from Covid-19, such as opening online consultations and online info lectures, maintaining close connection with patients, operating on a reservation-only basis, taking strict measures on disinfection and cleaning of the clinics and consultation centers etc.

The Company believes the volume of surgery will grow steadily in Germany, Denmark and the PRC market after the end of Convid-19 outbreak based on the indicated interest and recorded bookings.

Dr. Jørn Slot Jørgensen, the Founder, Chairman and CEO of EuroEyes commented, “Thanks to all our supporting parties and diligent staff of the Group, EuroEyes has seen a substantial return as it has experienced outstanding business development in the Year 2019. With the strategy of expansion and strong marketing efforts by the Company, we have seen an aggressive surge in the company’s overall revenue and the growth rate of lens exchange surgery in all three countries where EuroEyes is located. We are extremely pleased with the pace of opening our new clinics and plan to continue opening two to three new clinics each year in the PRC. During the Year 2019, the Group continued to fulfil the huge market demand for vision correction using our in-depth experience and technology. In the coming years, the Company will continue to deploy its strategies and resources with a combination of prudent and proactive approaches with an aim to realise our goal of “Nie wieder Brille!” (No More Glasses).”

EuroEyes was established in 1993 and is one of the leading brands in the vision correction industry that combines German ophthalmology excellence and over 25 years of experience with individualized customer care. EuroEyes is one of the few eye clinic groups with a far-reaching geographical coverage, with operations in Germany, Denmark and the PRC. The Group’s vision correction services include (i) refractive laser surgery (which includes ReLEx smile and Femto LASIK); (ii) phakic lens (ICL) surgery; (iii) lens exchange surgery (which includes the monofocal and trifocal lens exchange surgery) and (iv) others (which include PRK/LASEK and ICRS implantation).