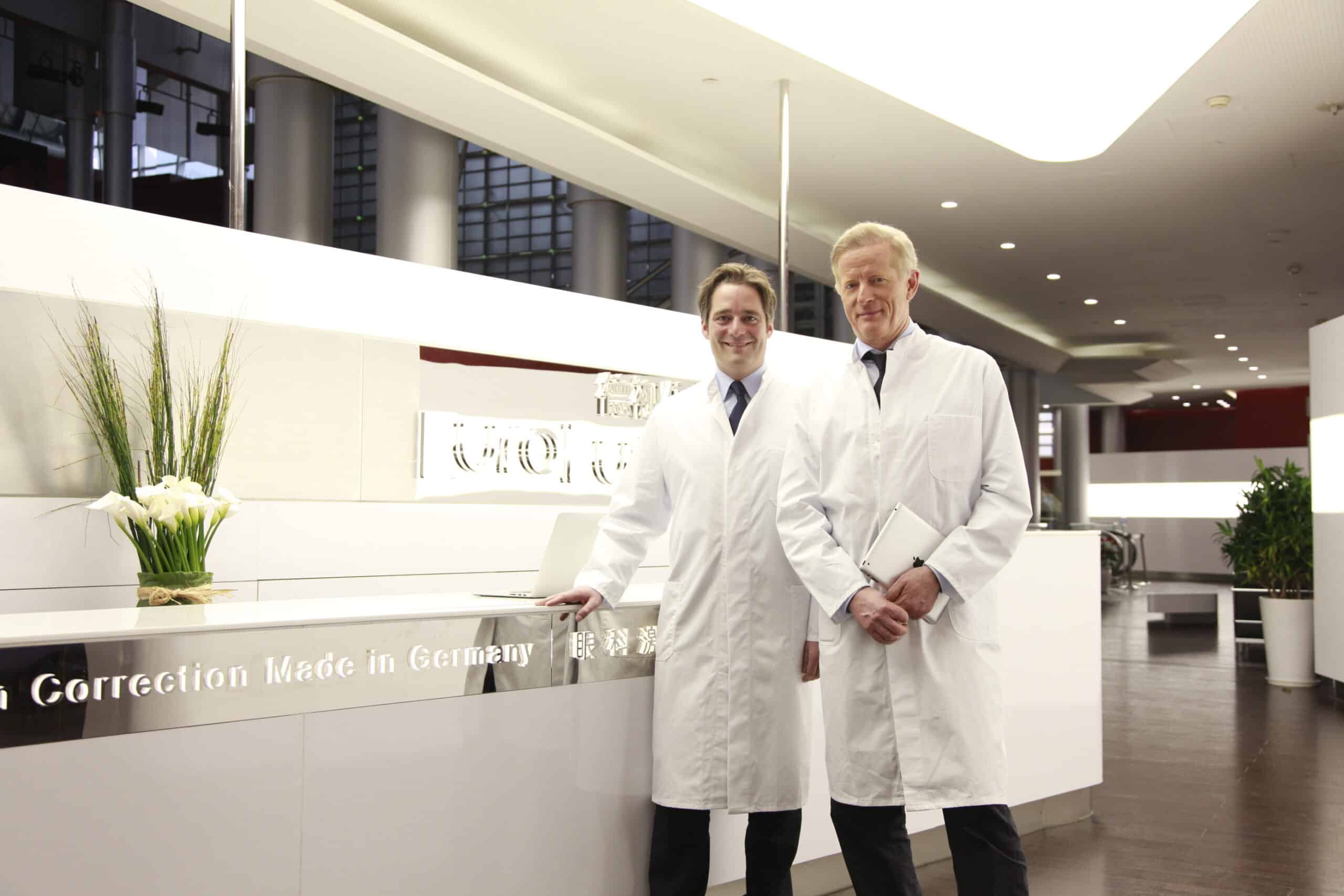 Jorn Jorgensen is an eye surgeon and a skilled marketeer. To celebrate the opening of his latest clinic in Beijing last month, he operated on his son Jannik, implanting ICL lenses, or what he called “the gift of visual freedom” in a procedure that he also live-streamed as a means to promote his ocular services.

Making a bigger pitch for the world’s largest ophthalmic market, he has also chosen to follow in the footsteps of Italian luxury fashion brand Prada and upscale French cosmetic maker L’Occitane by debuting his company’s shares on the Hong Kong bourse.

“Our future and growth will take place in China, and therefore we felt it very natural that we get listed in Hong Kong,” said Jorgensen, the founder and CEO of Hamburg-based EuroEyes International.

The ‘vision correction’ provider priced its float in the middle of its indicative range, raising $75.9 million. In spite of the seemingly tepid pricing EuroEyes’ stock ended up 47% on its debut trading day, defying the cautious market sentiment.

It is no secret that bad eyesight is a common scourge in China, with almost 90% of the country’s 20 year-olds suffering from myopia. An intensive education system from an early age and little time for outdoor activities gets much of the blame. But it’s all good for EuroEyes, which talks about a myopic market opportunity of at least 655 million Chinese by 2023.

The number of people affected by presbyopia, which typically takes hold around 45, when the crystalline lens starts losing its elasticity, is also growing fast. In five years, this cohort is forecast to grow 17%, reaching 461.2 million in China.

Another positive for EuroEyes is the relatively low penetration of quality treatments for these debilitating conditions. Compared to countries like Germany, the ratio of people undergoing refractive laser treatments and lens exchange surgery in China is 2.1 times and 4.3 times lower, respectively.

But increased spending power and better awareness of advanced corrective technology could translate into a market worth Rmb23.4 billion ($3.32 billion) by 2023.

These trends help to explain why it took just six years for China to become EuroEyes’ second largest market, accounting for 28% of its revenue in 2018, versus Germany’s 59%. In fact, income there has more than tripled since 2016, reaching €12 million ($13.4 million) at the end of last year.

EuroEyes runs six clinics across mainland China – in all four of the tier-one cities, plus Hangzhou. It is planning to open another 15 locations in the next six years, extending its footprint to tier-two cities including Chengdu and Chongqing.

About 40% of the proceeds from the IPO are slated for growth purposes in China, while a third is for potential acquisitions of clinic groups in Europe.

In an interview with Die Welt last year, Jorgensen revealed that EuroEyes is already catering to quite a lot of Chinese patients that travel to its clinics in Europe. Some come to its headquarters in Hamburg because the treatments there are seen as better value for money compared to procedures at home. “Everything is more expensive in China. The rents, appliances, consumables,” Jorgensen lamented. Post-IPO the medical entrepreneur retains 53% of the company that he founded in 1993.

Despite the eye-catching forecasts for the sector’s growth, success is not guaranteed. A number of similarly well-funded private practices, also targeting the premium end of the market, are growing their own operations and intensifying the competition. Shenzhen-listed Aier Eye Hospital, for instance, announced this week that it had snapped up 26 eye hospitals, plus controlling stakes in four other peers, in a bid to bulk up its already substantial portfolio of 300 eye institutions across the country.

Tencent-backed C-Mer also says that it will be doubling its presence over the next few years (see WiC393 for more on its IPO last year). In Shenzhen alone, the Hong Kong-based brand is planning to add four outposts, although the mainland market – accounting for 49% of its revenue in the first half – was a lot less profitable compared to Hong Kong, where marketing expenses were much lower.